In this lesson, I will go over the most important harmonic building blocks in a minor key, which will help you learn most Minor Jazz standards and give you a ton of options for your own songs.

When you learn Jazz songs, you need to memorize the chord progression, and if you try to do that as a long string of chords, that is NOT going to be very easy. Instead, you want to recognize the smaller building blocks of the song, making it 5 or 6 things to remember instead of 30.

It is a little like going from looking at a row of letters to recognizing the words and reading the meaning, and I am sure that you can see how reading words and remembering the meaning is much more useful than spelling everything.

This lesson will show you how that works.

The way I am going to do this is also important, because it will help you learn and remember songs a lot faster! I will play the different building blocks but I will also play some songs they are used in. Hearing how they sound in a song is probably more important than recognizing them on a piece of sheet music.

If you think about the chords in blocks like this you can use the songs you already know to learn new ones because you recognize how they are similar.

And more what is more important: You know how it sounds 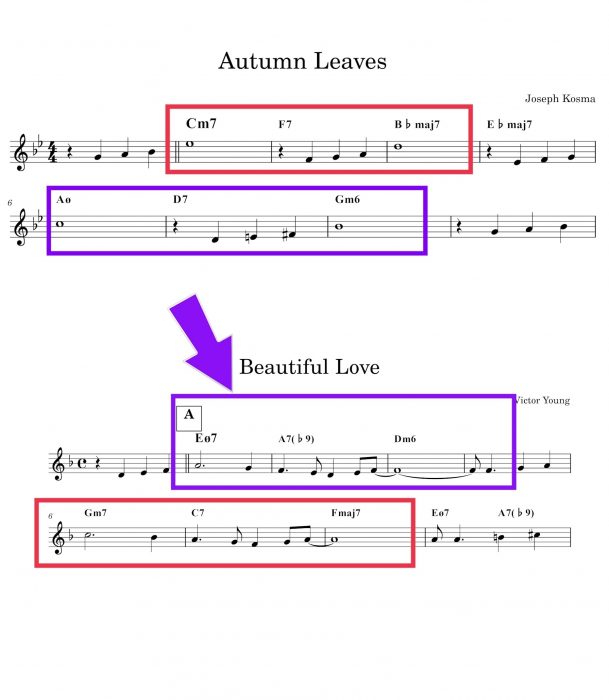 #1 The Most Important Progression

As I will show you later in the video, minor keys do things major keys don’t, like having chord progression that is only one chord but still moves.

But of course, the most common progression is the cadence of the key, the minor II V I.

You have that in most minor songs like Alone Together or Yesterdays. And actually, the next progression is a very common variation on this II V I but it is a little hipper.

A funny side note with the minor II V I is that in the pure form, you use all 3 minor scales, one for each of the chords:

Dø from Natural minor, G7(b9,b13) from Harmonic minor, and Melodic minor on the Tonic chord being m6 or mMaj7. This is, of course, a part of why these are considered more difficult than the major counterpart.

But let’s check out a very common variation that just screams minor.

#2 The Most Minor Cadence

This Chord progression is extremely common in minor and includes a tritone substitution, which is maybe a little surprising since that is mostly seen as a type of reharmonization, but here it sounds surprisingly natural and I will explain why in a bit.

You know this progression from Minor Blues or songs like You Don’t Know What Love Is.

There is a reason that this tritone substitute doesn’t sound so crazy or out of place. The chord consists mostly of diatonic notes, so for Ab7:

This progression is probably the most common final cadence in minor Jazz Standards. Next, let’s look at an important progression that doesn’t resolve to minor at all.

You don’t always go back to the tonic in a song, there are other places you want to move to or visit in Minor. The relative major is a very common destination. You come across this in songs like Beautiful Love: – First minor cadence then major 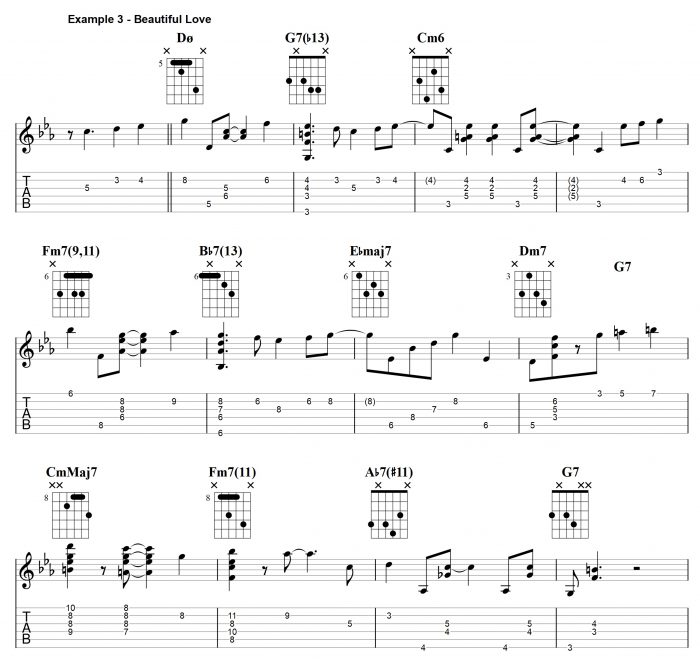 or the other way around in Autumn Leaves, first to major then to minor: 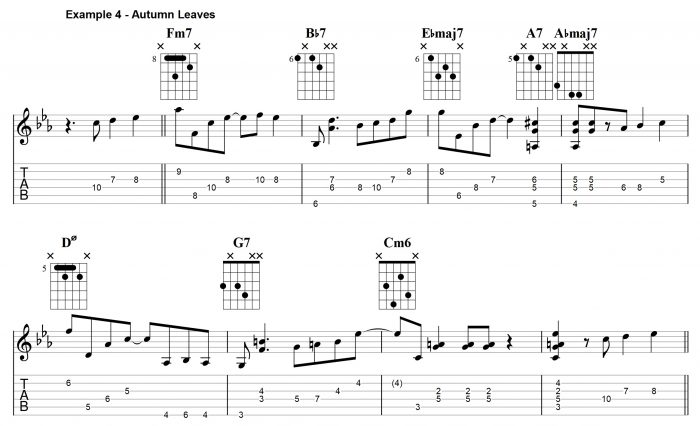 It is a nice variation to have, as is the next one which is also a cornerstone in the tonality

#4 We Need To Go To The Subdominant

Another place that many songs go is the IV in the key. You don’t want to just cycle around the tonic all the time, that gets really boring. An example would be Alone Together. It first moves around on the tonic and then before it gets boring it goes to the IV chord. 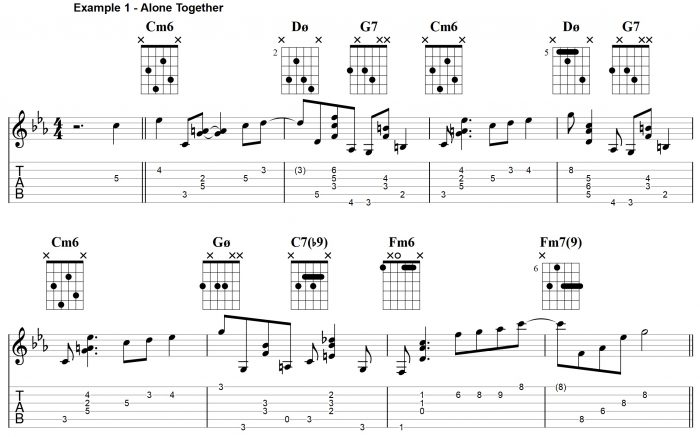 So a cadence to the IV in the key is useful:

Before we get to the One-Chord-Progressions then let’s look at a few great minor turnarounds.

Should I Make A Major Version?

The minor songs tend to be a little simpler than many major progressions, mainly because there is less use of modal interchange and fewer modulations. But would it still be interesting to make a similar video for major keys?

There are turnarounds that almost only work in minor, but the two most common and important version is of course the I VI II V in minor:

And the version with a secondary dominant for the II chord, which is again a tritone sub:

Another turnaround that is used almost exclusively in minor is the Andalusian Cadence:

But in minor, you only need one chord to create progressions.

#6 Chord Progressions With One Chord

You know both of these examples since they are incredibly famous. These are really just voice-leading tricks that sound great and are often used in the minor.

The first is the “Stairway to heaven/My Funny Valentine” line-cliche which has a static minor chord where the root is moving down in half steps: 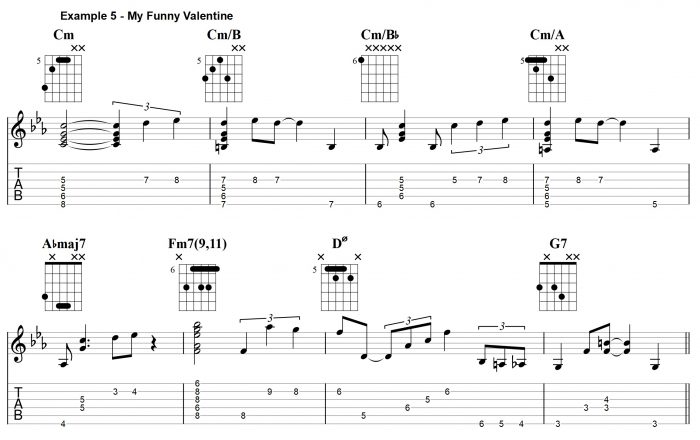