After numerous requests I have made a long nerdy video of my set up and how I approach making patches on my Fractal Audio AxeFX Ultra.

Hope you like it and forgive the length of the video, but there is a lot of stuff to cover 🙂

Maybe a bit out of proportion to make a post out of this, but when I started to think about it the list became so impressive that I thought it was ok.

5 years ago I bought this AxeFx Ultra from G66. 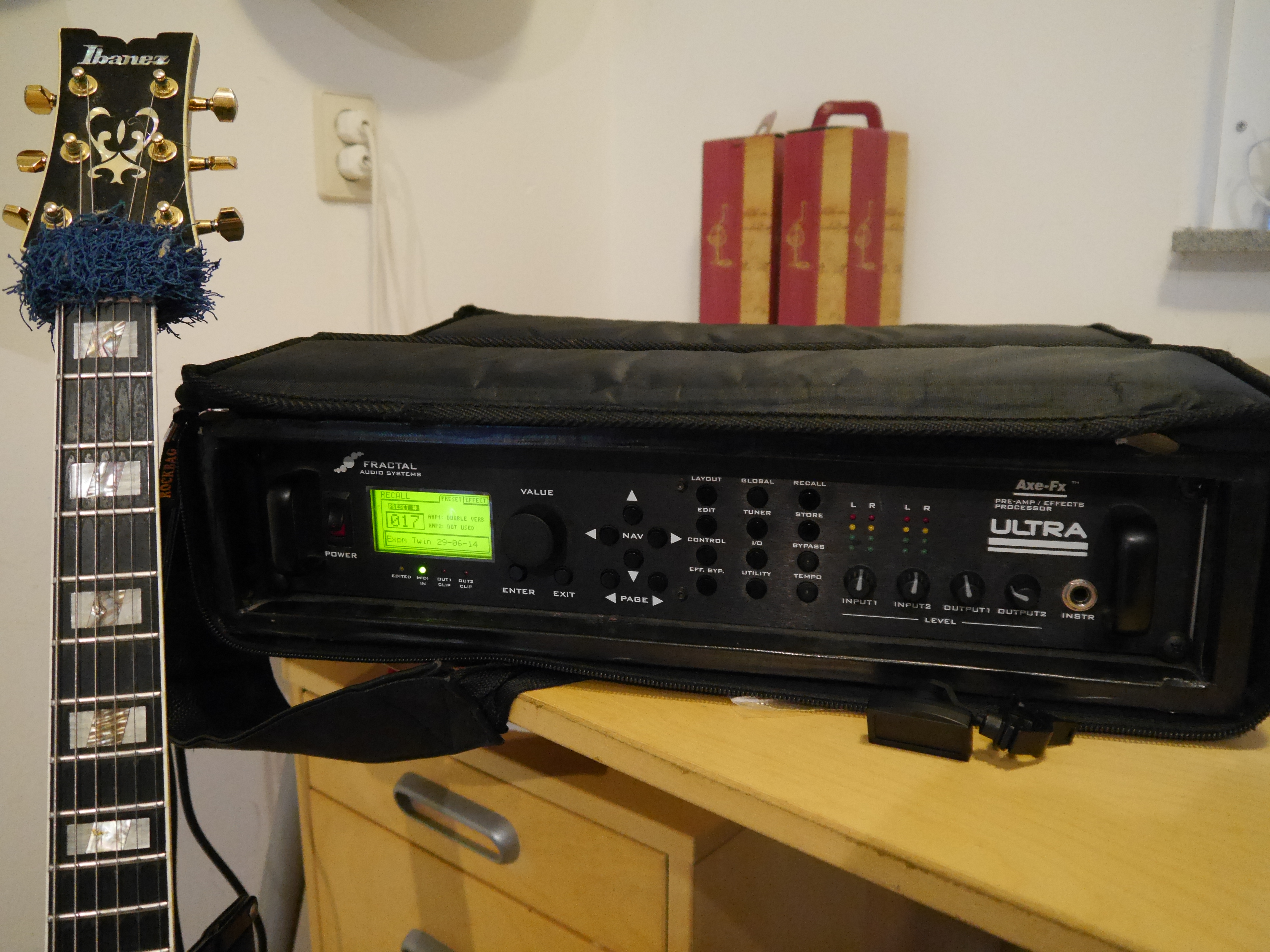 Since then it has been my main rig, which means that together we’ve done:

ca 400 days of teaching (taking this box means that both me and the student have a vintage twin, a dumble, a 60’s plexi and a dual rectifier 🙂 )

an uncountable amount of hours of practice and messing around.

It does so many things so easily that I am probably lucky it doesn’t play guitar. I never thought about how big a percentage of my work I use it for.

I only had to replace the fan last year (and got one for free from g66!) and the front input needs to be tightened every 5-6 months. Still sounds great and has never let me down!

I did think that my midi interface had lost it, but it turned out that my midi cable (from 1986 or so) had died.

Thank you for making such a great box Cliff and the rest of Fractal Audio! It not only sounds good but also can take being used so much for so long.