There is ONE mistake that you don’t want to make when it comes to improvising over chords because that will hold you back when it comes to understanding and hearing chord progressions that you want to play. And this is especially true for dominant chords.

Music Is More Than A Row Of Letters

But, what this tells you is that in a lot of music, chords are not isolated things. A piece of music rarely sounds like unrelated harmony next to each other, you immediately start to connect the chords and hear some chords as tension and others as a resolution.

I am going to make a statement that sounds sort of ridiculous in a bit!

If you want to solo over a chord progression then you want to understand not only what chord is there, but also how it relates to the song and the surrounding chords because that will make it a lot easier to improvise over it and it will help you hear the harmony that you are soloing over.

If you just zoom in on each chord then that is like reading a sentence but only spelling each word. If you spell this sentence you may miss an important part of what is being said:

Your Lunch Will Kill You

Another thing that is true both for music and for language is that you can say the same thing with other words:

That Sandwich Is Poison 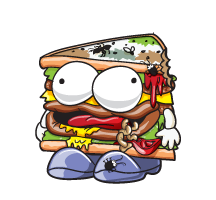 With experience, you start to hear the progression, similar to how you can probably imagine how a 12-bar blues sounds and play that in your head like an audio track.

So what you REALLY want to avoid is that you just look at the chord symbol and ignore everything else. To compare this to language. If you are reading the words of a sentence but only focus on how each word is spelled then you ignore what is actually being said in the sentence, and if you think about it, then the important thing about the sentence is probably the meaning and it could be said using other words as well. This is also true for, at least, most music: A Chord is a part of a context and you want to understand what that context is.

And here is where I get to make this crazy statement:

“Not all dominant chords are dominant”

But throughout this video, you will see how this is maybe not that crazy.

#1 Most of the time Dominant chords are Dominants

The strongest connection or resolution in harmony is a dominant resolving to a tonic, so V – I. By resolving then I mean that the chord on the 5th note of the scale resolves to the root chord.

This is also what I used in the intro, but there I didn’t let it resolve.

You have two main variations, the V chord is either in a major or in a minor key, where a major dominant will have a 13th, and a 9th and resolves to a maj7 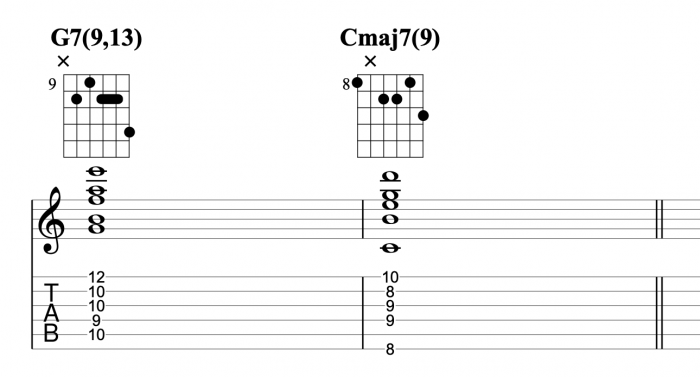 The minor version is usually the dominant coming from the harmonic minor scale with a b9 and b13 (PLAY). But there are a lot of other options as well. 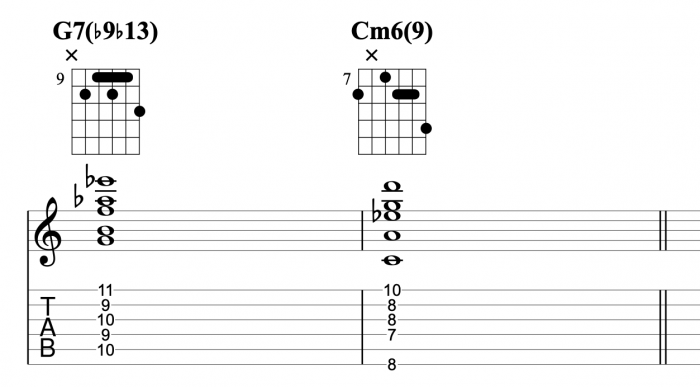 Let’s go over another very common dominant before getting to the dominant chord that is actually subdominant.

#2 And These are Dominants As Well

The next type of dominant chords are the ones that you come across that resolve but just not to the tonic chord, the secondary dominants and if you analyze harmony then you write a V in brackets.

Some of the common ones would be the ones that take us to II, like this A7: Cmaj7 A7 Dm7 G7

Let’s have a look at some less obvious options.

#3 This Dominant is Subdominant

In this example, you hear a C7 resolving to Fmaj7 which is just a secondary dominant, but the Bb7 resolving to Cmaj7 is not like that. But it does sound like it resolves.

In this case, the Bb7 is a subdominant chord. In fact, it is just an Fm6 with another bass note.

You can hear how this progression moves in the same way:

So the Bb7, which is often referred to as the backdoor dominant resolves like an Fm6 to Cmaj7 so it is a subdominant chord.

In terms of improvising then mostly you would play it as a Lydian dominant, which here means using F melodic minor, again a connection with IVm in the key.

When you have a dominant chord that resolves by moving down a half step then this is referred to as a tritone substitution. In fact, this is the dominant of the key in disguise, I’ll show you that in a bit.

II subV I which means that it is the tritone substitute of the dominant.

In the progression above you would expect a G7: Dm7 G7 Cmaj7, and the reason why a tritone substitute works is that if you look at G7 next to a Db7 then you can see that they share the core part of the chord: 3rd and 7th. And a Db7 can be seen as a G7 with a lot of alterations with a Db in the bass. 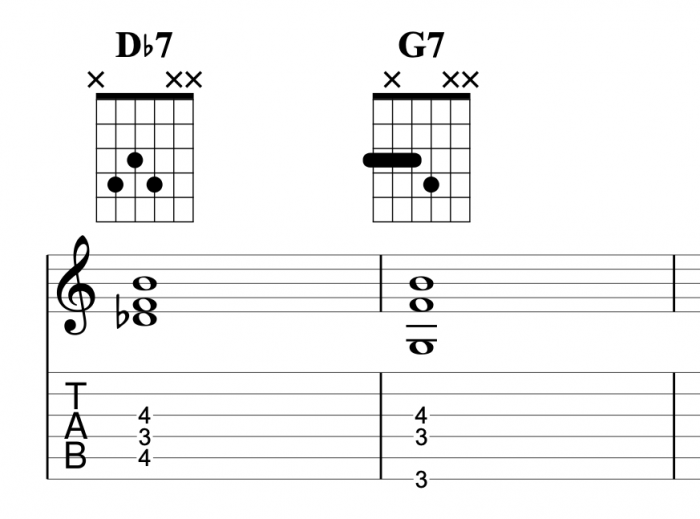 You can come across tritone substitutions for secondary dominants as well. Below is an example of how is a substitute for the A7 in a C major turnaround.

#5 You Never See This But Is Good To Know

The last dominant chord is also in fact subdominant since it is derived from a subdominant diminished chord.

The most famous example of this chord is probably in Out Of Nowhere, where you have this progression:

You also find this in the original Star Trek Theme.

In this case, the Eb7 is in fact an inversion of another chord, namely a #IV double diminished.

The #IV diminished would be C# E G Bb 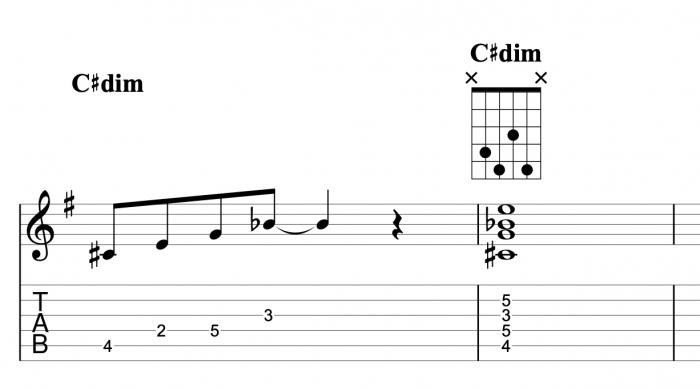 So the #IV double diminished is C# Eb G Bb which is then played with the Eb in the bass.

There is another way of describing it where you focus on it being minor subdominant and then end up calling it a German augmented 6th chord.

I call it #IV because I think that describes the sound better and links it to other chords in the key in a useful way.

Besides Out Of Nowhere you see this chord in Angel Eyes and My Foolish Heart, but it is not terribly common.

Soloing over the chord

In Jazz, you mostly play it as a Lydian dominant chord, but often it is also turned into a II V which is also very common in Out Of Nowhere giving you Gmaj7 Gmaj7 Bbm7 Eb7.

How Well Do You Know Your Diminished Chords