This video will give you an introduction to some of the exercises with chords that can help you learn the fretboard in a practical way and while also expanding your chord vocabulary.

00:32 Systems and Inversions For Chords

02:18 Inversions You Never Checked Out

03:29 Putting Inversions To Use

If you have any questions, comments or suggestions for topics then, please let me know. Leave a comment on the video or send me an e-mail. That is the best way for me to improve my lessons and make them fit what you are searching for. 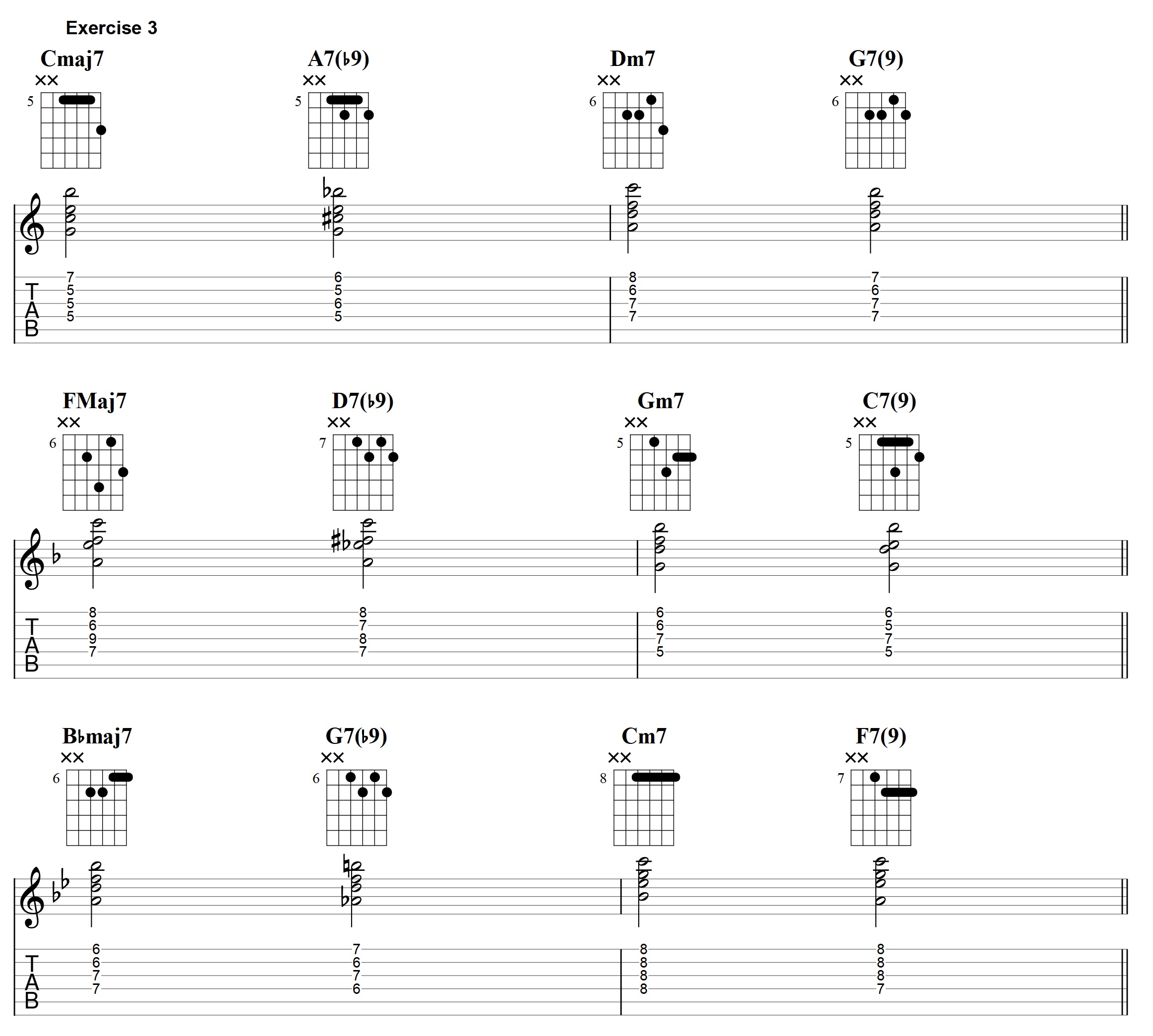