Bluesette is probably the most famous Toots Thielemans song and certainly a jazz standard. Such a great take on a 3/4 Parker Blues with a few extra twists!

This is a great progression! A Belgian version of the Parker Blues and also in 3/4. I guess that is the Belgian part of it?

This song has a very nice way of travelling through a lot of keys and still end up home in a turnaround. Certainly one of my favourite waltzes, probably no 2 on the list 😀

Here’s my solo on the track:

Here are the changes: 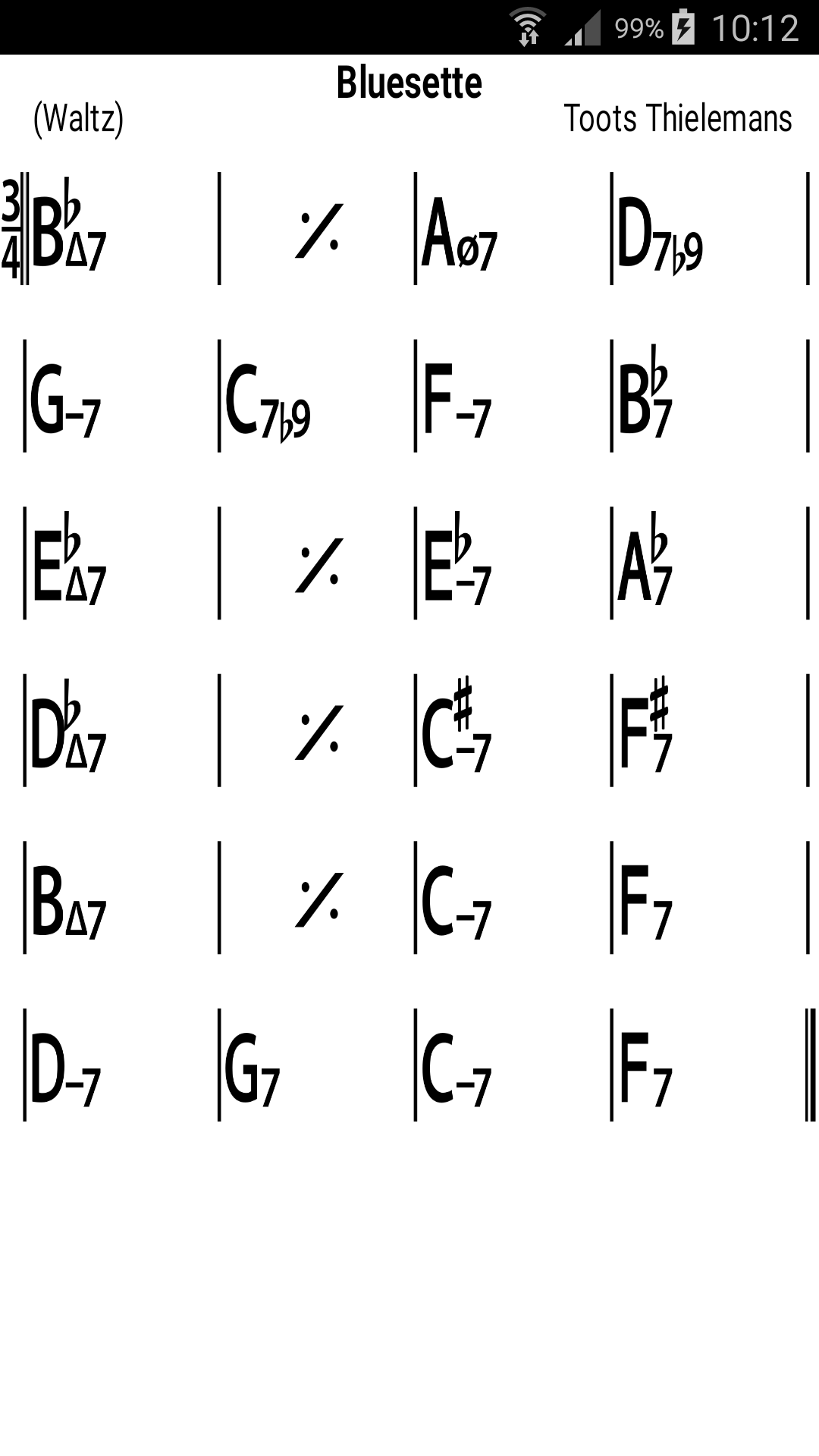 After numerous requests I have made a long nerdy video of my set up and how I approach making patches on my Fractal Audio AxeFX Ultra.

Hope you like it and forgive the length of the video, but there is a lot of stuff to cover 🙂

In this lesson I’ll demonstrate how I approach playing walking bass lines and chords at the same time. This is a a way of playing that I use really a lot in situations where there’s no bass player, so mostly duo settings with a guitar player, singer or horn player.

The chords that I am using in this lesson are the shell voicings that I covered in this lesson:  Jazz Chord Essentials – Shell Voicings

The way I play this type of accompaniment is to use my right hand fingers and use my thumb for the bass line and the rest for the chords. In that way you have a different sound for the two parts and you split the hand naturally in a way that you can play two independent parts.

For me it the important part is the bass line, so I give that priority over the chords probably because I am always using it to accompany others. When I play the bass line I try to give the 2 and the 4  a slight accent and for the rest just have a legato and not too hard attack. I never spend too much energy on sustaining the chords, to me they are added colors but are not necessary to keep the flow of the music going.

The first 3 examples are a very simple II V I in C major.

In this example I am just playing the chord on the first beat of each bar, so that the combination of the bass and the chord is as simple as possible. The way I construct the bassline of these examples is very simple: The Root has to be on the one and the other notes are arpeggio notes except on the 4 where it’s a leading note for the new root if you start with this rule set you can make fairly playable and functional walking bass lines.

It is important to remember that bass lines are in fact improvised quarter note lines outlining the harmony.

Examples 2 and 3 are exercises using the same harmony but putting the chord in another place in the bar so that the chord can have more of a function in the groove.

The final example is more of a demonstration of what I might play on a blues in F so for ideas you can analyze it and of course it is also a good etude to get the hang of the sound of this type of playing.

The process for me in learning how to play like this was to sit down and figure out a few songs and then find more solutions for the whole piece so that I could start mixing it up and vary each chorus. This is probably the same way you learned playing chords on a standard too. So the try to analyze the lines that I am playing and try to move to other parts of the neck to play the same thing using the principles I talked about here.

If you have any questions, comments or suggestions for topics then please let me know. Leave a comment on the video or  send me an e-mail. That is the best way for me to improve my lessons and make them fit what you are searching for.

So now you have an overview of the basic drop2 voicings from the previous lesson: Jazz Chord Essential Part 1.

Here’s a short video on how I might use chords in a solo on a blues in C.

As you can probably hear I am not only using the chords in their basic form, but I am using different versions of the same type of chord to make simple melodies that then make up the solo. In order to expand the drop2 voicings from the last lesson and build other skills to play something like this we need to work on a few things:

Let’s look at how we can add more colors to the voicings we already have and a few tricks that will help you use and expand what you already know.

So far we’ve been concerned with the basic chords so Am7 was simply root, third, fifth and seventh, but as I explained in the first lesson you can use Am9 or Am11 instead of Am7. Instead of making 5 or more note voicings we can use these rules to exapand the sounds:

This means that if we want to make an Am9 voicing you take the Am7 voicing and change A to B. You might notice that this means that you’ll be playing the notes B C E G which is a Cmaj7, so you can use Maj7 voicings to play minor 9 voicings. If you use the same approach to D7, you have D F# A C and that becomes E F# A C which is F#m7(b5). On Gmajor7 you have G B D F# and get  A B D F# which is Bm7.

You’ll notice that I prefer just using the “category” Chord symbols Am7 even though I am playing the 9th. Think of it as part of the process of not having a one to one combination from chord symbol to voicing, something you probably already had to abandon with several ways to play a C or a G chord.

One way to vary the sound of cadences is to use an altered dominant. This almost only works when the dominant is in fact resolving to a I chord, but that is for another lesson on theory.

One observation that is handy is that if you play a D7(b9,b13) having substituted the root with b9 and the fifth with the b13 you have these notes: Eb F# Bb C which are exactly the same notes as Cm7(b5) (or Ebm6) . So that gives us this set of II V I Cadences:

Of course these are just examples on how you can change the voicings to get other extensions.

Melodies in the voicings

When I play chords behind a soloist I am often playing melodies with the top voice of the chords to make the harmony more logical to the listener. I also sometimes play parts of a solo in chords. One way to develop the skills needed for this is to use chords to play a melody. The simplest possible melody is probably a scale on, so let’s do a few exercises with that:

As you can see there are a few notes in the G major scale that are tricky to harmonize, and there are several options on how to deal with them. The note C is never going to sound like a Gmaj7 chord so I chose to play an Am7 there. I could have substituted it with a C# and used a Gmaj7(#11).

Let’s make a similar exercise using a turnaround: Am7 D7alt Gmaj7 E7alt. With this exercise I am just forcing myself to move up the neck in small steps, not really any system, even if it’s almost chromatic. I guess for all of these “melodic” voicing exercises the goal is to be able to make your own more than actually play mine!

I hope you like the lesson. Feel free to connect with me on Facebook, Twitter, G+, YouTube etc. if you have any questions or if you want to stay up to date with lessons, cd releases and concerts.

I am really proud to announce that my composition “Top Dog” from the Træben album “Push” is in the Finals at the International Songwriting Competition!

Now it will be judged along with 9 other compositions by a jury including Joshua Redman and McCoy Tyner.

Here’s the recording from of the song from our album “Push”:

Her is a video of us performing Top Dog on Dutch TV in 2012:

I am really proud to announce that I have become part of the ibanez artist roster.

I am extremely pleased with my AS2630 which sounds fantastic and is reliable under any conditions. It is ofcourse also great to join be on a list of jazz guitar players that includes George Benson, John Scofield, Pat Metheny and Ben Monder.